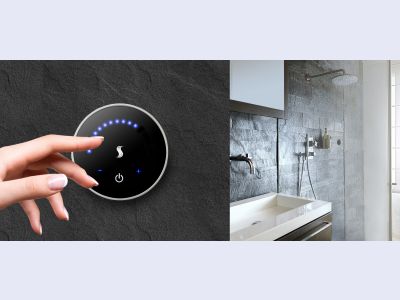 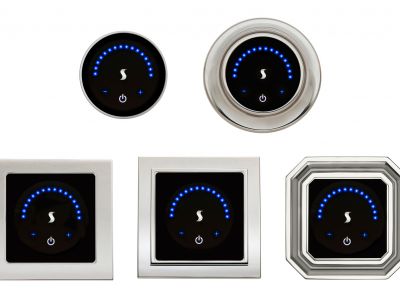 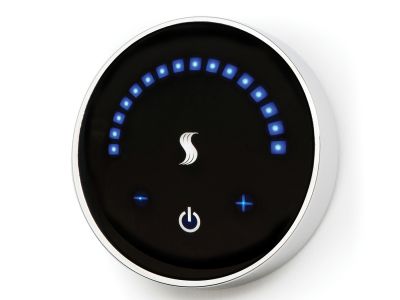 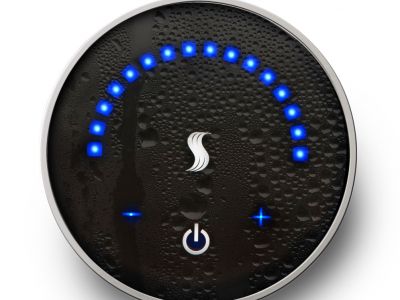 Previous Next
ThermaSol’s sleek Microtouch control works in the same manner as a smartphone or tablet: with just the touch of a finger, the user controls the screen. Using capacitive touch technology (CTT), users can easily control their steam shower experience, including; on/off, temperature, PowerFlush system, or recall their last steam setting. Because of ThermaSol’s Precise Infrared Temperature Sensing* (patent pending), MicroTouch reads temperature more accurately and much faster than standard contact temperature sensors. Along with its technical capabilities, MicroTouch was designed with a low profile, crisp and clear screen display for those who do not want to draw attention to the controller. It is offered in Modern, Modern Recessed, Regency, Contemporary and Traditional styles in 14 finishes to match nearly any faucet or plumbing fixture finish and style on the market today.

Not applicable for this type of product

None yet, it was just introduced summer of 2014

In 1958, ThermaSol® created the first steam shower unit for the home and the company has been designing and building the finest and most technologically-savvy steam shower and sauna equipment ever since. As a true ‘Made in America’ company, ThermaSol is considered the dependable choice for the contract hospitality industry, world-class spas and the residential market, offering one of the only 100% digital, fully networked steam systems in the world. With more than 10 patents, including FastStart™ and SmartSteam™ technologies, and the first retractable steamhead, R+D is tied to well-being and the user experience constantly drives its success to be best in class. ThermaSol is also one of the only steam shower manufacturers to include Bluetooth® technology in its packages as well as mobile applications for controlling the complete in-shower experience. Additionally, controls and steam heads are available to match the style and design of the most popular plumbing fixtures available.

ThermaSol manufactures high-performing residential and commercial steam equipment, light and music systems for the bath, and a collection of Fog-Free mirrors. As an ecologically conscious company, ThermaSol continues to design components such as their SmartSteam™ technology, which offers efficiencies in power consumption and the company’s equipment requires low water usage for average enjoyable steam sessions. 2014 not only marked their 56th year of manufacturing premium steam shower products and the introduction of the industry’s most innovative steam controller – MicroTouch, which uses ThermaSol’s Precise Infrared Temperature Sensing (patent pending) and capacitive touch technology to provide users with the best controller available.